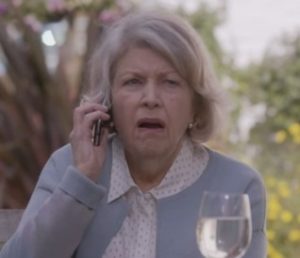 BBC One: Last Tango in Halifax

Last Tango in Halifax is back for a two part Christmas special on BBC One, with the first part scheduled to air on Monday, December 19, and the second part on Tuesday, December 20, both at 9pm.

The new 60-minute long episodes of the BAFTA Award-winning drama series are set two years after Kate’s death and promise “an engaging plot and a brilliant combination of comedy and drama”, according to its producers. Caroline deals with changes in her life, such as a new job at a different school, a new family home in Huddersfield and a new potential love interest, and Gillian deals with issues from her past, which are coming back to haunt her.

The trailer song for Last Tango in Halifax, starring Sarah Lancashire, Anne Reid, Derek Jacobi, and Nicola Walker, is the 80s hit “Young At Heart” by  The Bluebells.