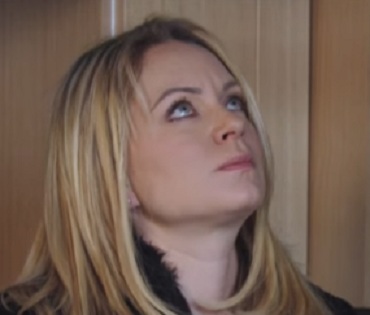 BBC has released a 30-second trailer for the episode of EastEnders scheduled to air on January 1, 2017.
The day of Ronnie and Jack’s wedding has arrived, but will they get the day of their dreams? – this is the question raised in the promo titled “New Year’s Day”.

“It’s the end of an era”, says the voiceover at the beginning of the trailer, which features the Mitchell sisters fighting and shedding tears. Apparently, Roxy gets and makes a scene, ruining the party. “You lied to him and it’s because of me”, reproaches Roxy to her sister. “I love you. Please don’t make me choose”, says Ronnie (Mitchell), in her wedding dress, to Jack, making us to believe that he asks his future-to-be wife to choose between him and Roxy (her sister). “You get on with the rest of your life”, shouts Roxy to Ronnie while leaving the party in tears, at the steering wheel of a red convertible.

“Will it be happily ever after for the Mitchell sisters?”, asks the voiceover, while on the screen we get to see the two sisters running together from the wedding and drinking a bottle of champagne at night, somewhere outside.

The track used in the trailer is “You Don’t Own Me” by Grace feat. G-Eazy.