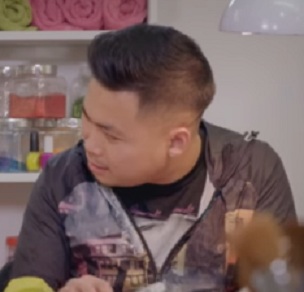 Ruth Jones and a regular cast of real British people discuss the week’s news in the upcoming comedy series Common Sense, scheduled to premiere on BBC Two on Wednesday, January 11, at 10pm.

The British TV channel has released a trailer revealing some of the topics approached by the “protagonists”, such as Donald Trump’s election as president of the US, Brexit, the new five pound note, the mannequin challenge and the robot chef.

The video starts with a group of three old ladies who exercise wearing T-shirts with the message “Keep fit with Heather” and talk about Donald Trump. “He scares me a bit”, says one of them. Among the cast members there are also manicurists Brandon and Tony, who wonder why a bust is called a bust, dinner ladies Christina and Winifred, and best mates and market traders Frank and Aby, who talk about people protesting because of the animal fat content of the new five pound note.

The trailer ends with the tagline “This year, news gets an opinion”.