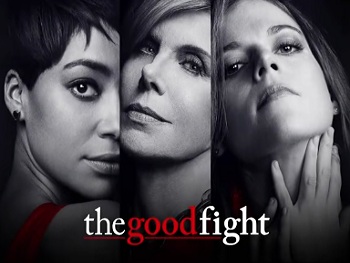 “This February The Good Wife story continues. Things will get nasty” – this is what the first trailer the upcoming original series The Good Fight reveals.

Created for CBS’s streaming service CBS All Access by Robert and Michelle King, the new legal and political drama TV series is set one year after the finale of The Good Wide and follows Diane Lockhart as she is forced out of Lockhart & Lee after an enormous financial scam causes her to lose all her savings, and joins, together with her goddaughter, Maia, Lucca Quinn at one of Chicago’s pre-eminent law firms.

The series, containing 10 episodes, will premiere on February 19, 2017, with the first episode airing on CBS and the rest of them airing on CBS All Access.