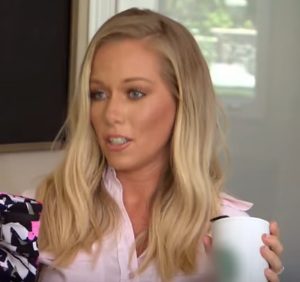 E! Entertainment has released a 25-second trailer for the new six-part docu-series “Hollywood & Football”, airing on Wednesdays, at 9/8c on E!.

The video features the former “Girls Next Door” star Kendra Wilkinson showing up at a woman’s door and sharing some of her secrets about yoga pants, in the show revealing the family life of the Los Angeles Rams football players.

The track used in the trailer is “Welcome to LA” by Scipio.