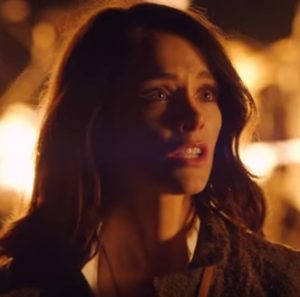 The TV show, created by Eric Kripke and Shawn Ryan, centers around a special team, composed of a scientist, a U.S. Army Delta Force operative and a history professor, who travel back in time and try to thwart a criminal mastermind’s plan to change the course of history in order to destroy America.

In the US, the first season, containing 16 episodes, premiered on October 3.