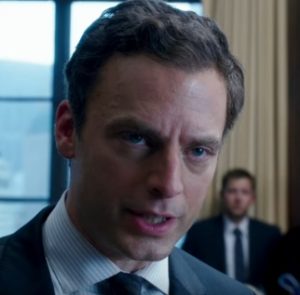 Crime fighting gets an upgrade in the upcoming police drama series A.P.B., scheduled to air on Fox starting February 6, 2017.

The new TV show follows Gideon Reeves, a billionaire scientist who upgrades Chicago police with the best technology money can buy in exchange of control over the 13th district, as he is willing to close the file of a murder.

“Long story short: we’re going to change the world” – promises Reeves during a speech given at a police station. The trailer, titled “Future is Here”, features, as well, other high-tech improvements that police gets thanks to him, such as cars, drones and others.

The track used in the trailer is Playground, performed by Ruelle (Album: Big Yellow Dog Music).