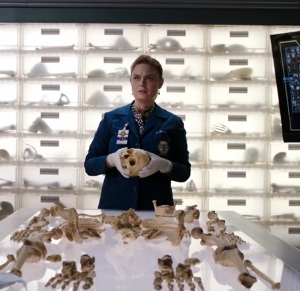 Fox has released a trailer inviting you to get up to speed on where things left off at the end of season 11 of Bones, before the release, on January 3, 2017, of its 12th season, which will also be the last one.

The American drama TV series follows Dr. Temperance Brennan, a forensic anthropologist who’s called in to work at the Jeffersonian Institute in Washington, D.C, thanks to her uncanny ability to read clues left behind in the victim’s bones. She doesn’t work alone, though. Brennan teams up with her husband, FBI Special Agent Seeley Booth of the FBI’s Homicide Investigations Unit, in order to solve mysterious cases.

The upcoming season, initially scheduled to premiere in the fall, will contain 12 episodes and air Tuesdays at 9pm ET.