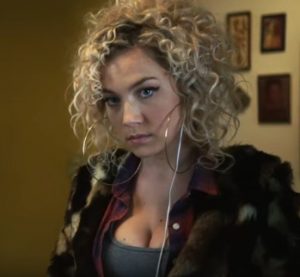 There are four days left until the premiere of the new Fox musical drama series Star, slated to debut on December 14.

The new TV show, created by Lee Daniels and Tom Donaghy, and consisting of 13 episodes, follows three talented young women navigating the gritty reality of music business on their road to success. The trio, formed by Star, her sister, Simone, and her Instagram bestie, Alexandra, embark on a journey to Atlanta to follow their dream of becoming music superstars. Along the way, they will soon learn that the price to pay for getting what they want is sometimes too high.

The track used in the official trailer is “Stop Me If I Fall” by Martha Bean & Nigel Butler, and also the tracks “One Day”, “I Bring Me” and “I Can Be” by the Star cast.