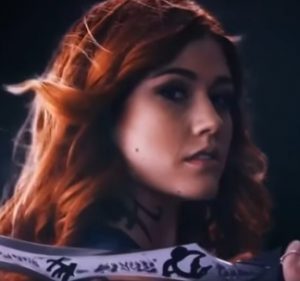 “In the shadows of our world, there exists another, where good and evil wage war and the battle to protect humanity threatens us all” – this is the storyline of the drama fantasy series Shadowhunters, centered around Clary, a teenager from Brooklyn, descended from a line of Shadowhunters (which are humans with angelic blood that fight to protect the world from demons), who embarks on a quest to find her mother after she is abducted.

Shadowhunters, whose premiere took place on January 12, 2016 on Freeform, will return on January 2, 2017, with its second season, consisting of 20 episodes.

The track used in the trailer is “Silent running” by Hidden Citizen.