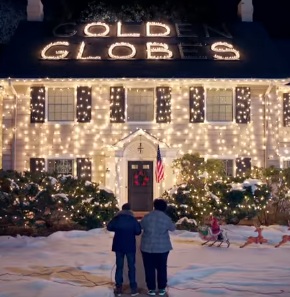 The TV channel has released a 35-second promo for the Hollywood’s Party of the Year, featuring Fallon, of course, but also some of the most famous Hollywood stars, such as Leonardo Di Caprio, Jennifer Lopez, Harrison Ford, Damian Lewis, Tom Hanks, Eva Longoria, America Ferrera, Jennifer Lawrence, Amy Schumer, Brad Pitt and others.

The video advertising displays several funny scenes or moments with actors in the main role. When asked by a reporter “Is it a night you’re looking forward to?”, Harrison Ford answers that “it’s another parking lot for four days”. Eva Longoria, standing on the scene next to America Ferrera, says “Neither one of us are Rosario Dawson”.

“You people are coming up like real buttholes”, says Will Ferrell, while wearing 2016 fun glasses.

The track used in the promo is “24k Magic” by Bruno Mars.