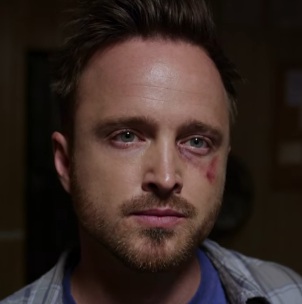 The Path returns to Hulu with its second season this winter, on January 25, 2017.

The pulse racing drama series, blending elements of supernatural, mystery-thriller, and romance, revolves around a family (Eddie, his wife, Sarah, and their two children) part of a fictional religion known as Meyerism, a new age spiritualist movement. While he was in Peru to undergo a spiritual retreat, he started questioning his faith in Meyerism.

The trailer released by the streaming service for the upcoming season features a beaten Eddie, introducing himself in front of a group of people. “I am Eddie and I was in a cult”, he says. During a discussion with a mysterious man, Sarah says it’s become her hope that “this” (we don’t know what, yet) will set her free because she’ haunted, and their teenage son, Hawk, is featured revealing that his parents are “a mess”.

“Everything’s just ripped apart”, says the young boy to someone. Eddie threatens a man approaching Hawk: “I will murder you before I let you take him from me”.

The track used int he trailer is “Until We Go Down” by the Nashville-based singer and songwriter Ruelle (Maggie Eckford by her real name).