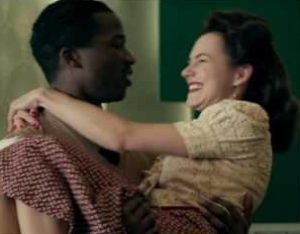 ITV has released the trailer for the upcoming drama series The Halcyon, telling the story of a five-star hotel at the centre of London during the World War II.

Set in 1940, the eight-part series created by Charlotte Jones shows the impact war has on the lives of the glamorous guests of the luxury hotel The Halcyion and on its hotel staff, from the perspective of an American journalist, and how they carried on with their lives. In the spotlight there is the hostile relationship between the hotel manager, Richard Garland, and Lady Hamilton, who share a dark secret. Garland’s daughter, who works at the reception, Hamilton’s elder son (Freddie) and younger son (Toby), the members of the band that plays at the hotel bar are in the spotlight, as well, with stories that will surely keep viewers in front of their TV.