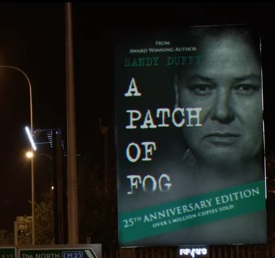 The British drama film A Patch of Fog, directed by Michael Lennox, will have a wide release on January 24.

The film revolves around the relationship between a security guard and a famous writer/television host after the latter is caught shoplifting and blackmailed by the first one into becoming friends. With a script by Michael Lennox, Michael McCartney, and John Cairns, A Patch of Fog, which marks the directorial debut of Michael Lennox, explores how the affably creepy store detective insinuates himself into the writer’s life, whose single novel is also called “A Patch of Fog”, and how the writer goes along with it until one point.