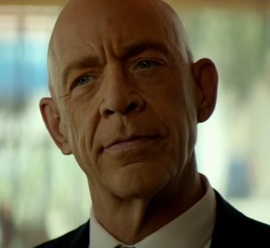 J.K. Simmons and Emile Hirsch have teamed up for the upcoming comedy All Nighter, scheduled to be released.

Simmons plays a workaholic father who discovers, after going to his daughter’s place in LA, that she’s missing. Finding her ex-boyfriend (Hirsch), he takes him on a quest to search for the girl, over the course of one night.

The first trailer for the film, released with the tagline “The fastest way to get over an ex? Stay up all night with her dad”, features the two on a series of almost wild adventures, such as a fight in a night club, running away from the police, entering houses like criminals and getting attacked by a woman with a knife, and getting arrested.

Written by Seth W. Owen and directed by Gavin Wiesen, All Nighter also stars Analeigh Tipton, Kristen Schaal, Taran Killam and Stephanie Allynne and is scheduled to be released in select theaters and on VOD on March 17.

The song used in the trailer is “Echo Boomer” by the rock band Cardboard Kids.