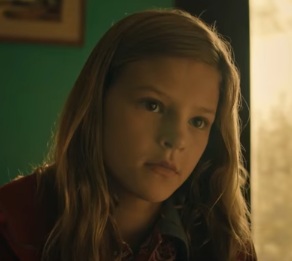 American Fable is an upcoming fantasy thriller centering around a 11-year-old courageous girl who is forced to make a though choice, after discovering a dark secret about her family.

Set in the 1980s, in the farmlands of Wisconsin, the film follows young Gitty, who discovers a seemingly wealthy man locked inside her family’s unused silo and finds herself in the position of having to choose between saving his life or protecting her family from the consequences of their actions.

The trailer features the girl as she learns about the possibility for her parents to lose the farm, as she meets the man living in the silo, and as she has visions of a horned woman riding a horse through the countryside.

The film premiered at South by Southwest Film Festival in 2016 and is scheduled for a wide release on February 17.