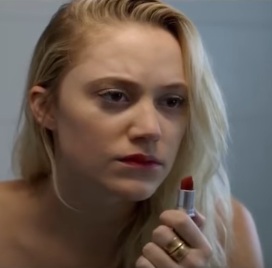 “When everyone disappears, there’s nothing to fear and everything to lose” – this is the message the trailer for the upcoming sci-fi film Bokeh carries.

The film, written and directed by Geoffrey Orthwein and Andrew Sullivan, follows a young American couple on a romantic getaway to Iceland, who find themselves, one morning, with no other humans in the city they traveled to. Moreover, every person on Earth has disappeared, and they are forced somehow to reconsider everything they know about themselves and about the world.

The trailer features Maika Monroe and Matt O’Leary (playing the couple) as they enjoy the beautiful landscapes of Iceland until one morning, when everyone disappears and they begin to freak out. The two are shown walking through the deserted streets, fooling around in supermarkets and stores and taking whatever they want, and also facing the reality and their fate, that no one will come for them.

Bokeh is scheduled to be released in theaters, on iTunes and on demand on March 24.