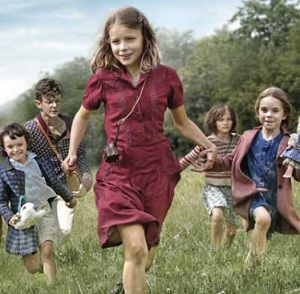 Fanny’s Journey is a war drama film inspired by an autobiographical book by Fanny Ben Ami, about a group of Jewish kids who escape from Nazi-occupied France, facing many dangers to save their lives.

The film, originally titled “Le voyage de Fanny” and marking the directorial debut of Lola Doillon, is set in the WWII, in Vichy, France, when Mussolini’s regime falls, and follows 13-year-old Fanny, her youngers sisters, Erika and Georgette, and other six Jewish kids, as they leave the boarding school from France’s neutral zone heading to the Swiss border.

On the way, Fanny is forced by the circumstances to take a leadership position and to take care of the little ones.
Throughout their journey, they discover solidarity and friendship and learn about independence.