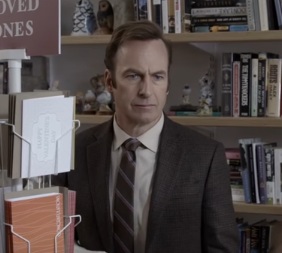 Girlfriend’s Day is an upcoming comedy starring Bob Adenkirk as Ray, an author of greeting cards, who wants to write the most romantic card for a new holiday, Girlfriend’s Day, but gets dragged into a web of murder and deceit.

Written by Bob Odenkirk and Philip Zlotorynski and directed by Michael Stephenson, the film, blending elements of romance, comedy, and violence, follows Ray as he tries to get out of his rut and participate at a contest for the most romantic card on the occasion of the newly-established holiday, called “Girlfriend’s Day”. His life takes a dramatic turn, though, with conspiracy and intrigue, with him trying to find out the author of a murder he witnessed.

Girlfriend’s Day is scheduled to be released on February 14, on Netflix.