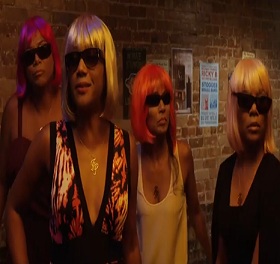 The film follows the four protagonists as they decide to organize a girls trip because they haven’t hang out in five years, and travel to New Orleans for the annual Essence Music Festival (the filming took place also at the 2016 Essence Music Festival). There, they rediscover their wild sides and not only. Universal Pictures has released a teaser trailer, featuring some of the crazy stuff the foursome do at the music festival, with Nicki Minaj’s 2012 single “Pound the Alarm” (from the album Pink Friday: Roman Reloaded) playing in the background.

The film, starring also Larenz Tate, Mike Colter, Kofi Siriboe and others, is scheduled to be released on July 21.