2017 Movies: I Don’t Feel Like Home in This World Anymore (Trailer Song) 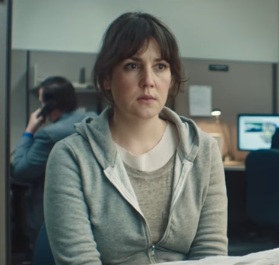 I Don’t Feel Like Home in This World Anymore

Melanie Lynskey is a nursing assistant who doesn’t feel at home in this world anymore in the upcoming crime thriller “I Don’t Feel Like Home in This World Anymore”, scheduled to be launch globally on Netflix, on February 24.

The New Zealand actress stars as Ruth, a young woman who experiences a crisis of existential despair, but discovers a renewed sense of purpose when her house gets robbed. She embarks, together with her beighbor Tony, on a quest which proves to be dangerous: tracking down the thieves who stole her grandmother’s silverware. The two darers soon find themselves in the situation to deal with a band of degenerate criminals.

The track used in the trailer is “Freaky Chancer” by Tommy Perman.