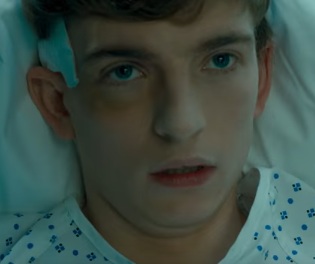 Netflix has released the official trailer for its upcoming original film iBoy, about a teenager whose life changes dramatically because of the superpowers acquired after an attack on him.

The sci-fi thriller, directed by Adam Randall, follows Tom, an average teenager who, after getting attacked by some criminals, finds himself in the hospital, with terrible news: fragments of his shattered smartphone are embedded in his brain. He soon discovers also that his attempt of getting back to his normal life is useless, as his set of superpowers makes it impossible. Under these circumstances, he decides to exact revenge on the thugs, who also attacked his best friend, Lucy. Will he manage to go through with his plan?

With Bill Milner in the leading role, iBoy stars also Game of Thrones star Maisie Williams, Rory Kinnear, Miranda Richardson, and is scheduled to launch globally on the streaming service on January 27.