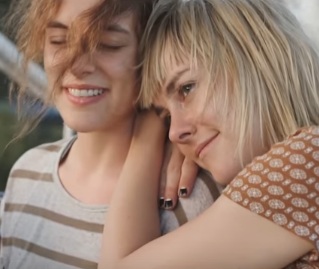 “No regrets. It’s the best way to live, right?” – this is the question raised at the end of the first official trailer for the drama film Lovesong, directed by So Yong Kim.

The feature revolves around the relationship of two women, Sarah, mother of a little girl and wife neglected by her husband, and Mindy, her best friend. They go together, including the toddler, on a road trip which makes their feelings and desires come to surface. When the duo becomes physically intimate, Mindy leaves and comes back in Sarah’s life three years later, inviting her to her wedding.