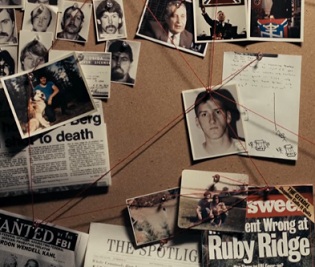 PBS has released the trailer for the upcoming two-hour documentary Oklahoma City, about the worst act of domestic terrorism in American history.

The feature, directed by Barak Goodman, contains interviews from people involved in the investigation of the attack led on April 15, 1995, by Timothy McVeigh, who detonated a bomb in front of the Alfred P. Murrah Federal Building in Oklahoma City, resulting in 168 dead.

Oklahoma City explores how a series of deadly encounters between American citizens and federal law enforcement, including the standoffs at Ruby Ridge and Waco, led to this terrorist attack.

The documentary is an official selection at the 2017 Sundance Film Festival, with release date slated in February.