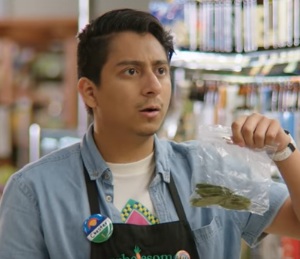 “To survive the journey you have to be willing to take a few hits” – says the trailer for the upcoming Netflix original film Take the 10, about two best friends who must face a whole series of hits in order to get to a music festival.

The duo, a drug dealer and a store manager, get in trouble because the tickets they have are stolen, along with some drugs, from a dangerous guy, who, obviously, wants to take back his goods.

The release is scheduled for January 20.