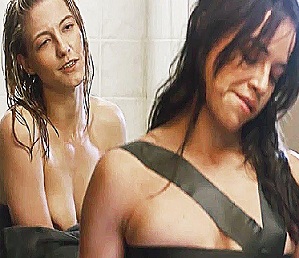 Michelle Rodriguez is a hitman turned hitwoman in the upcoming thriller The Assignment.

The film, originally titled Tomboy and then (Re)Assignment, follows contract killer Frank Kitchen as he embarks on a quest for retaliation after a sadistic surgeon known as The Doctor makes him the subject to a forced gender reassignment surgery.

Directed by Walter Hill, who co-wrote the script with Denis Hamill, The Assignment was released in Canada, in September 2016, and it disappointed the transgender community, who organized a boycott in response. Described as “insensitive and propagating ignorance”, the film doesn’t have a US release date.

The trailer features The Doctor saying to Frank Kitchen that this operation is “a reminder of the terrible thing” he did and that this is his “opportunity for redemption” and continues with scenes with Frank waking up as a woman.
He turned she sets out for revenge, but, on the other side, The Doctor gives orders to her “soldiers” to kill him/her.

Violent scenes are also depicted, with Rodriguez fighting and shooting the ones involved in this case.