2017 Movies: The Second Coming of Christ 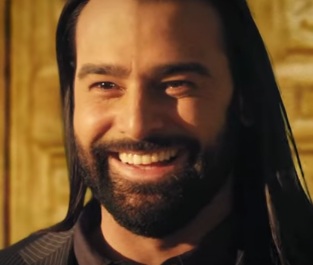 The Second Coming of Christ

“The Baby I once held in my arms is now hanging on a cross. This is Jesus of Nazareth, the Son of God. This is my son” – this is how the trailer for the upcoming action drama film The Second Coming Of Christ begins.

The film, directed by Daniel Anghelcev, who co-wrote the script with Diana Angelson (as Diana Busuioc), follows Dr. Beatrix Cera, an entomologist hired by New World Genetics Corporation, the leader in genetically engineered foods, as she tries to create an “immortal gene” in bees and discovers, eventually, that true faith can bring miracles.

The trailer features a man giving a speech in front of a group of people and saying that the apocalypse “started a long time ago, when we told God we don’t need need him anymore and we welcomed in the other one, and he became our new resident, our resident evil”. He also talks about a new “disease” that will arise “deadlier” and “stronger”, adding that “we must surrender to prayer and faith”. “You will be dead in immortality because your soul will belong to the other one”, he says, while on the screen images that don’t reveal much of the plot.