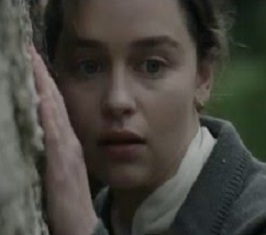 Voice From The Stone – Emilia Clarke

We got used to her as Daenerys Targaryen in the HBO series Game of Thrones, but she started taking roles in drama films such as Terminator Genisys and Me Before You. This year, Emilia Clarke’s fans will have the possibility to see her in the mystery thriller titled Voice From The Stone.

Based on the Italian novel La Voce Della Pietra by Silvio Raffo, the film is set in 1950s Tuscany and tells the story of Verena, a determined young nurse who goes to live in an isolated stone castle and help a young boy named Jakob, who has fallen silent after his mother’s unexpected death.

Described by its creators as a “haunting tale of fear, mystery and romance that plays out amid the ghosts of memory”, Voice From The Stone marks directorial debut of Eric D. Howell and stars also Edward Dring, Marton Csokas, Lisa Gastoni, Caterina Murino, and Remo Girone. Its release in theaters and digital HD is slated for April 28.

The teaser trailers released so far feature Emilia walking slowly through her new home, passing from a dark hallway to a dark room, and looking around, at a big painting of a woman on a wall, photos and furniture.