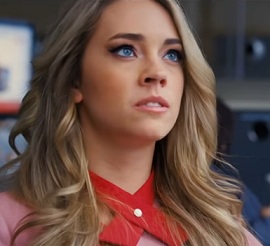 Scott Eastwood, Laura Ashley Samuels, and Malcolm McDowell have teamed up to illustrate how the ambition to become someone in LA pushes men and women (not necessarily all young) to do crazy things in the upcoming comedy Walk of Fame.

Written and directed by Jesse Thomas, the film follows Drew, a young man working in a call-center who hates his job, and Nikky, a gorgeous blonde young woman who, after getting fired from her job, decide to get acting lessons from an eccentric acting coach. The group of students includes also other “interesting” characters, played by Chris Kattan, Cory Hardrict, Allison Weissman, Jack Guzman, Sam Lerner, Eddie George, Mickey Post.

Walk of Fame is scheduled to be released in the US on March 24.