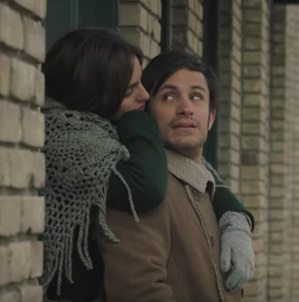 Gael García Bernal sets out to find his wife, in the US heartland, in the upcoming Mexican romantic comedy “You’re Killing Me Susana” (Me Estas Matando Susana), scheduled to hit the US theaters on February 17.

Bernal plays Eligio, a young man living in Mexico City, whose wife, Susana, leaves him without a word to pursue her dream of becoming a writer in the United States. Still in loved with her, he embarks on a quest to find her and get her back. Throghout his journey, which leads him to Iowa, he learns new things about him, about Susana, who started a relationship with a poet, and about their marriage.

The song used in the trailer is “Pachangueando” by the Latin alternative band Pacha Massive.