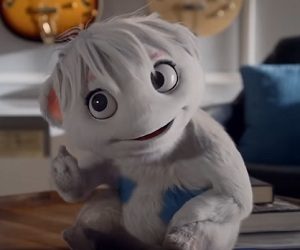 ABC has released the official trailer for its upcoming comedy series Imaginary Mary, scheduled to premiere on March 29, about a woman whose imaginary friend from childhood comes back to life when she’s about to form a family with the loved man.

The new TV show created and executive produced by Adam F. Goldberg, David Guarascio, and Patrick Osborne follows Alice, a public relations executive who falls in love with a divorced father with three kids. When her fears of committment become stronger, Mary, her fluffly imaginary friend from childhood reappears in her life, creating ever more chaos.

With Jenna Elfman playing Alice, the series also stars Stephen Schneider as Ben, the man she falls in love with, Erica Tremblay, Matreya Scarrwener, and Nicholas Coombe as Ben’s kids, and Rachel Dratch as the voice of “Mary”.

The track used in the trailer is “Everythin’ is Right” by Raphael Lake.