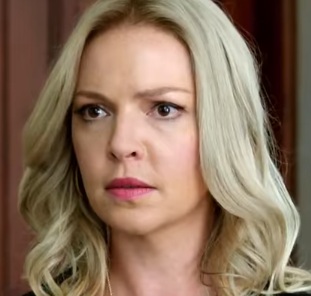 This winter everything is in Doubt: guilt, justice, love, passion, truth, in the upcoming legal drama series Doubt, set to air on CBS. And Katherine Heigl must do her job like a brilliant attorney she is.

The new TV show created by Tony Phelan and Joan Rater follows Heigl’s character, Sadie Ellis, an attorney who starts to fall for her client, Billy Brennan, a surgeon accused of killing his lover more than two decades ago. Her co-workers are in the spotlight, as well, alongside their boss, Isaiah Roth, as they fight for justice every single day, starting with Cameron Wirth, a transgender Ivy League graduate, Tiffany Simon, a second-year associate, and Nick, a former convict who earned his degree while undergoing his prison sentence.

Doubt is scheduled to premiere on Wednesday, February 15, at 10/9c.