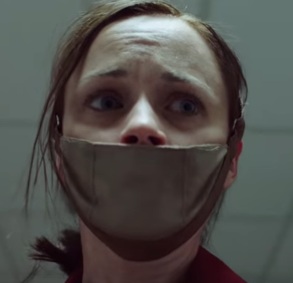 Hulu has released the trailer for its upcoming original drama series The Handmaid’s Tale, scheduled to premiere on April 26.

The new series, adapted from Margaret Atwood’s 1985 novel of the same name and consisting of ten episodes, is set in a dystopian future where fertile women, in a growing number, are stripped off their rights and forced to live as concubines for the totalitarian rulers of the Republic of Gilead. The main character is Offred, a handmaid at the commander’s estate, forced into sexual servitude as a last desperate attempt to repopulate the world, who must find a way to survive in a world of cruel leaders, domestic servants and spies.

The trailer features Moss’s character saying “I had another name, but it’s forbidden now. So many things are forbidden now” and “My name is Offred and I intend to survive”.