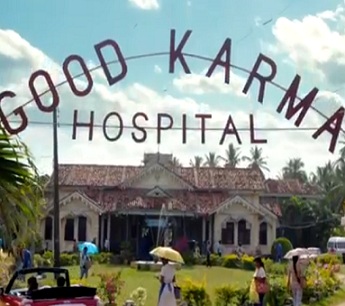 ITV has released the trailer for its upcoming six-part medical series The Good Karma Hospital, coming soon on the TV channel series line-up.

The new TV show produced by Tiger Aspect Drama is set in a town from South India and follows British-Asian junior doctor Ruby Walker as she joins a dedicated team of British and Indian medics at the Good Karma Hospital, which is the beating heart of the local community, welcoming through its doors everyone, from locals and ex-pats to tourists.

The cast ensemble includes Amrita Acharia, Amanda Redman, Neil Morrissey, Phyllis Logan, James Floyd, Sagar Radia, Darhsan Jariwalla and others. Created by Dan Sefton, who also served as a writter alongside Vinay Patel and Nancy Harris, The Good Karma Hospital tells the story of fascinating characters that “find their place in the world” far from home.

The track used in the trailer is “Into The Light” by the English singer-songwriter Arlissa.