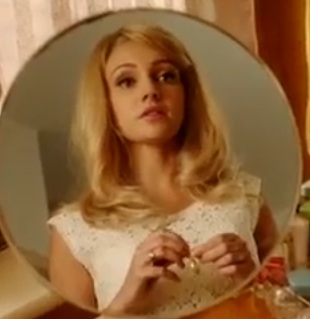 ITV has released the trailer for its three-part drama series Tina & Bobby, about the marriage of football’s original golden couple, Tina and Bobby Moore.

Based on Tina Moore’s autobiography, Bobby Moore: By the Person Who Knew Him Best, the TV show tells the love story of the two, since the moment they met, as teenagers, continuing with their marriage and ending with their divorce, in 1986. Tina & Bobby takes a deep look into the couple’s intimacy, uncovering the truth about their home life, which was often marked by sadness, loneliness and pain, with Tina struggling as a mother and housewife and covering, besides others, her husband’s testicular cancer. Of course, the happy times, such as the birth of their two children, Dean and Roberta, and the Bobby’s World Cup victory are not ignored, either, being depicted by the leading actors Michelle Keegan and Lorne MacFayden with a stunning performance.

The first episode of the series aired on Friday 13th January 2016 at 9pm on ITV and it was followed by a 30-second promo released by the TV channel, informing that the three-part drama continues Friday, at 9pm.

The song used in the trailer is “Will You Love Me Tomorrow” by the American girl group The Shirelles, selected by Rolling Stone on its list of the greatest songs of all time.