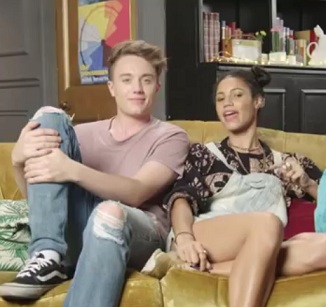 ITV2 has released a promo for the new programme 2Awesome, from one of the most successful youth content companies in the world, AwesomenessTV.

The brand new two-hour show, set to air on Sunday afternoons, from 1pm to 3pm, and presented by Roman Kemp and Vick Hope, featuring The Vamps, fresh from the US, unveils UK premieres of some of AwesomenessTV’s most popular programmes, including dramas, comedies and docu-reality shows. 2Awesome launched on January 8 with AwesomenessTV content including Guidance, Side Effects, Third Wheel and LA Story.

According to executive producer Debbie David, 2Awesome is “a brand new destination, bridging the gap between YouTube and TV”.