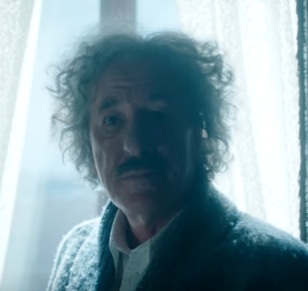 From Brian Grazer and Ron Howard, the Academy Award-winning producers of A Beautiful Mind, comes this spring, the National Geographic’s first scripted anthology series, Genius, about the life of Albert Einstein.

The trailer for the global event series, which is based on Walter Isaacson’s critically acclaimed best-seller “Einstein: His Life and Universe”, features British newcomer Johnny Flynn as the younger version of Einstein and Academy Award winner Geoffrey Rush as the elder Einstein, and invites you to “discover the man behind the mind”. The cast also includes Emily Watson as the great man’s second wife, and first cousin, Elsa Einstein.

The series, consisting in 10 episodes, with the first one directed by Ron Howard, focuses on both the ups and downs of Nobel Prize-winning physicist, from failing to get a teaching job and a doctorate as a patent clerk to developing the general theory of relativity and unlocking the mysteries of the atom and the universe.

Genius is scheduled to premiere on National Geographic in April.