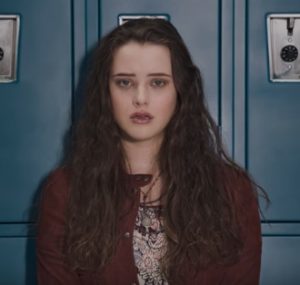 “I’m about to tell you the story of my life. More specifically why my life ended” – this is how the short trailer for the upcoming Netflix original series 13 Reasons Why begins.

Based on the best-selling books by Jay Asher and co-produced by Selena Gomez, the new TV show follows Clay Jensen, a high-school student who finds on his porch a box with cassette tapes recorded by a classmate and crush, Hannah, who committed suicide two weeks earlier. On tape, the girl explains the 13 reasons that made her end her life.

Besides Hannah, played by Katherine Langford, the trailer features also several high-school students in front of their lockers, trying to justify their actions or deny any accusation, and the onscreen line “They all killed her”. “Maybe I’ll never know why you did what you did. I can’t make you understand how it felt. If you want to know the truth, just press Play”, says Hannah, as the promo ends.

Selena Gomez shared the trailer on January 15, on her Instagram account, with the message “A peek at a passion project I’ve been working on with Netflix. 13ReasonsWhy arrives 3/31”.

The song used in the trailer is “Monsters” by Ruelle.