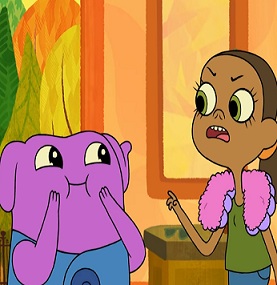 The series includes pop songs performed by artist Rachel Crow as Tip. The trailer released by the streaming service features a song by Rachel Crow, saying “It’s a perfect day to meet a cat, it’s a perfect day, I don’t wanna come back”, after Tip says to a cat that she wishes to switch places with her and this actually happens.