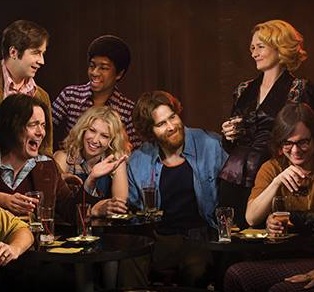 The show, based on William Knoedelseder’s book of the same name and produced by Showtime, revolves around a fictional group of competitive but close-knit comedians mentored by a brassy comedy club owner who rules over her business with an iron fist.

The official trailer for the series features the track “Blinded by the Light” by Manfred Mann’s Earth Band.