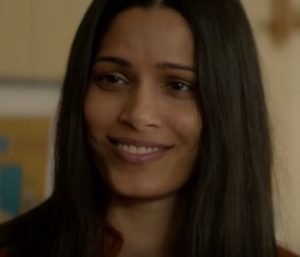 Guerrilla is an upcoming drama miniseries scheduled to air on Showtime in the US and on Sky Atlantic in the UK, starting this spring.

The new six-part series is set in 1970s London and follows a young couple who liberate a political prisoner and form a radical underground cell whose target becomes the Black Power Desk, a unit created to annihilate all forms of black activism. Guerrilla, coming from Academy Award winner John Ridley, explores the relationship between the two lovers, putting into the spotlight their values and the choices they make in one of the most politically explosive times in U.K. history.

The majority of the episodes are written by Ridley, who directs the first two episodes and the finale, and Emmy Award nominee Sam Miller directs the remaining episodes. Guerrilla is set to premiere on April 13 on Sky Atlantic and on April 16 on Showtime.

The track used in the trailer is Arrow Benjamin’s 2016 single “Love and Hate”.