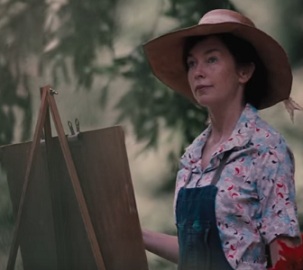 Sophie and the Rising Sun is a drama film about the love story between two interracial lovers.

Set in 1941 in a quiet fishing village from South Carolina, the film revolves around a young woman named Sophie Willis and a mysterious Asian man (Grover Ohta) who is found wounded on a bench by a local. The two, both art lovers, form a deep but forbidden bond, which is kept secret. Soon, as World War II rages in Europe and Pear Harbor is bombed, the town becomes a place of misguided patriotism, bigotry and violence, and the lives of the protagonists are in danger.

The film had its world premiere at the 2016 Sundance Film Festival, and it was released in the US theaters on January 25.