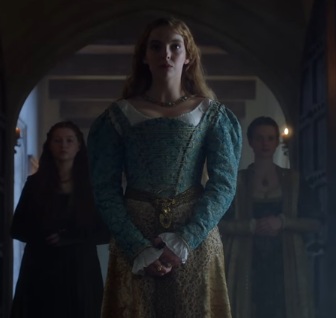 STARZ has released a tease trailer for its upcoming historical miniseries The White Princess, about the marriage of Elizabeth of York, the White Queen’s daughter, and her marriage to the Lancaster victor, Henry VII.

The ⁬eight-part series, based on Philippa Gregory’s book of the same name, is a sequel to The White Queen, and stars Jodie Comer as Elizabeth of York, the Queen of England, Jacob Collins-Levy as Henry VII, King of England, Essie Davis as Dowager Queen Elizabeth, the Queen’s mother, Michelle Fairley, Joanne Whalley, Suki Waterhouse, Caroline Goodall, Vincent Regan, Rebecca Benson and others.

The track used in the trailer is “I Walk The Line” by Halsey.