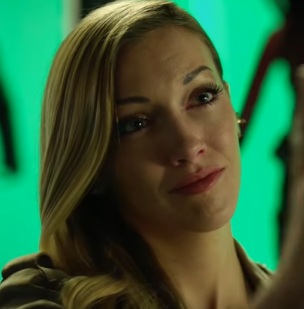 The CW has released the extended trailer for the new episodes from the fifth season of The Arrow, returning on Wednesday, January 25.

The next episode, the tenth one, titled “Who Are You?”, is released with the tagline “What you saw, what you heard, what you thought, what you knew it’s all part of the deception. You ain’t heard nothing yet”.

The trailer features Oliver seeing Laurel alive and learning that she was saved. In a discussion regarding this “miracle”, that “she was dead and now she’s not”, he says it’s time travel. In another scene, Oliver asks Laurel “Who are you?”. The trailer ends with the phrase “This is getting good”.

There are seven remaining episodes to air of season 5, but fans of the series don’t need to worry about this. On January 8, 2017, The CW renewed the show for a sixth season.