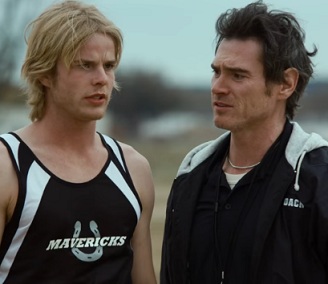 Gravitas Ventures has released the trailer for the upcoming romantic sports drama film 1 Mile to You, scheduled to hit theaters this spring.

Written by Marc Novak and directed by Leif Tilden, the film follows a teenage boy who, after losing his girlfriend in a tragic accident, runs to keep her memory alive. This leads him to run extremely fast and win competitions for his new coach, and also to meet a new girl that falls for him. He soon finds himself forced to choose between keeping the past alive and making new memories in the present.

1 Mile to You, tackling with the power of memories, letting go and having the courage to face an uncertain future and open up again, stars Graham Rogers, Stefanie Scott, Liana Liberato, Billy Crudup, Tim Roth, Melanie Lynskey.

The film is due out on April 7.