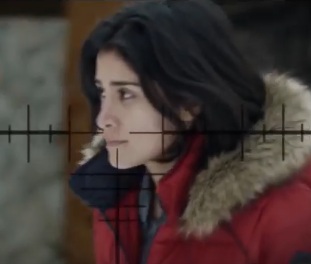 Two strangers must play a game of life and death with an unseen killer in the upcoming thriller Call of the Wolf.

A man and a woman find themselves, after being kidnapped, in a remote cabin in the mountains, with a mysterious man talking to them on a walkie talkie and introducing himself as “the hunter”. “You are here cause you have sinned”, he explains to his victims, after revealing that he brought them there. One thing is sure: the duo must outsmart the killer if they want to survive.

Directed by R.D. Womack II, the film stars Aleksander Ristic, Cynthia Bravo, and Matthew Oliva, and is scheduled to be released in the US theaters on February 7.