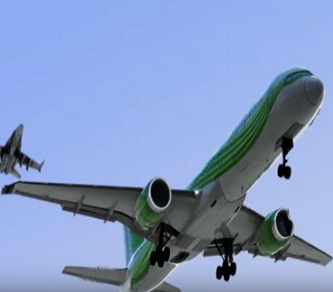 The American independent film company and distributor Asylum, focusing on producing low-budget, direct-to-video films, has released the trailer for The Fast And The Fierce, an upcoming thriller revolving around the critical situation of a plane that must be kept in the air following a terrorist threat.

“If you land the plane, you die” – is the message sent by terrorists while the airship is over Los Angeles.
The city becomes, thus, under red terror alert and the crew must find a solution to keep the passengers safe and sound while struggling to find a solution. The trailer features pulse racing scenes, blending elements of terror, fighting, action, and even a deadly “invitation”: “Prepare for collision”.

The film does not have a release date set so far.