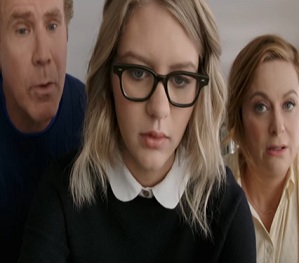 Will Ferrell and Amy Poehler start an illegal casino in the upcoming comedy film The House, scheduled to be released this summer.

The two actors play a married couple, Scott and Kate Johansen, who lose their daughter’s college fund and, for earning money, team up with their neighbors to start an illegal casino in the basement of their house.
Directed by Andrew J. Cohen, who co-wrote the script with Brendan O’Brien, the film stars also Ryan Simpkins, Jason Mantzoukas, Andrea Savage, Andy Buckley, Michaela Watkins, Steve Zissis, and others.

The trailer reveals quite a lot of the storyline and many funny scenes with Ferrell and Poehler. The duo decide to put into practice the idea given to them by Scott’s best friend, who’s dealing with a serious gambling problem. They even have to deal with a client that cheats and, in the attempt of scarying him off, Scott ends up cutting one of his hands. At least this is what the scene hints.

The film is slated to be released in the US theaters on June 30.

Tags: the house 2017the house film