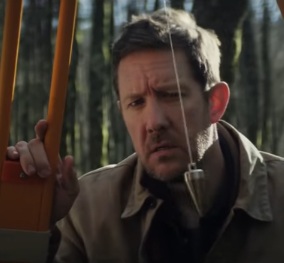 The trailer for the Irish horror thriller Without Name has been released.

The film, marking the directorial debut of Lorcan Finnegan on a script by Garret Shanley, follows land surveyor Eric to a remote and unnamed Irish woodland, where he must assess if it’s suitable for a dubious development project. Accompanied by his student assistant, Olivia, with whom he has an extramarital affair, he finds himself secluded from the outside world and dragged in a series of strange occurrences that make his mind unravel.

Without Name had its world premiere at the 2016 Toronto International Film Festival. The date for its release in
theaters has not been set yet.