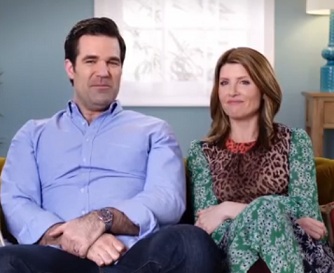 Amazon Prime has released a teaser trailer for the third season of Catastrophe, scheduled to premiere on the streaming service on April 28.

The comedy series written by Rob Delaney and Sharon Horgan follows Irish woman Sharon and American man Rob who, after making a bloody mess as they struggled to fall in love in London, have embarked on a series of best-attempts to clear it up and generally do the right thing.

The second season revolves around their “adventures” as a married couple and parents, and the upcoming season will find them rejoining the chaos they’re so good at making.

Catastrophe will continue with a fourth season, set to premiere exclusively on the streaming service in the US in 2018.